Thanks for loving me was a strange SMS text to receive.

Especially from my 16-year-old son.

Ethan, had just finished his GCSE examinations and completed school, had his birthday; and was now looking forward to a nice long summer vacation before starting college in September.

It sounded wonderful and my wife and I were both envious.

We were hoping he would get a holiday job because he was developing expensive tastes.

However, other than a VERY part-time job, work didn’t seem to be his main priority as he seemed to have an alternative agenda such as barbecues and partying.

I suppose he thought he deserved it, and perhaps he did.

For the past year he had put in tremendous effort as his exams approached. Some days he would do two or even 3 additional hours at school.

Then, as soon as he got home he would go to bed and after regaining his strength for a few hours would start studying again, sometimes into the early hours.

To say I was impressed by his dedication was an understatement.

In between his studies he also found time to fit in his sport.

Ethan is a high-level judo player and regularly competes at national and international level; although over the past year judo had taken a backseat.

Not any more, now school and examinations had finished, he made it very clear that this was going to change and he started training again with true passion.

It would exhaust me just watching him train.

There was only one thing that disappointed me about our relationship.

For the past couple of years communication between my son and I left a lot to be desired.

Although I was his personal valet and taxi driver.

Where I was concerned Ethan had become a man of few words, although his relationship with his mother was very different.

In fact, I was quite jealous.

There again, right from the time he was a baby he was always a true mommy’s boy and quite happy to admit it.

Conversations with me rarely happened unless he wanted something. Usually he just grunted at me in reply to a question I would ask, and I would get the same three words for every reply.

“I don’t know” except it always sounded like he was doing his best impression of Scooby Doo when he answered me and sounded like “Idnoww”!

I put a lot of effort into trying to develop a relationship, and particularly conversation between us without success.

I’m sure a lot of other parents with 16-year-old boys will be nodding their heads in recognition if they read this.

Perhaps this is just a stage he’s going through, although a friend of mine told me his 24-year-old boy was still going through it.

I have no worries for him in the future because is a very sensible and capable boy, and from the past year I know he can do anything he turns his hand to.

For this reason, I know we’ll do well.

So back to the text.

He decided he was too old to go on holiday with either me or his mum and had talked us into letting him go on a camping trip with his friends from school.

Although his friends seem very pleasant and so we agreed.

We knew there would be no trouble with smoking or drugs with Ethan due to his commitment to judo.

Although, being a boy once myself, I was very sure that alcohol and attractive females would be a big part of the equation.

Oh well, what the eye didn’t see the heart couldn’t grieve over!

While he was away I sent him a text most days which he did answer I felt quite resentfully in the minimum amount of words possible.

Then, and out of the blue came the most wonderful text!

“Thank you for loving me”!

Awww, first it brought a tear to my eye.

Then I became very worried.

Such words were so out of context for Ethan.

I immediately began to think the worst, was he:

What was the reason for this text, so I decided to answer.

“Loving you son is unconditional” was my reply.

Five minutes past and he sent me another text.

“I left my phone unlocked and the other boys have been sending texts out on!”

I was a little disappointed, but glad to hear he was okay.

That evening my wife began to tell me how she had received the same sort of texts also, and we laughed.

1 thought on “Thanks for Loving Me!” 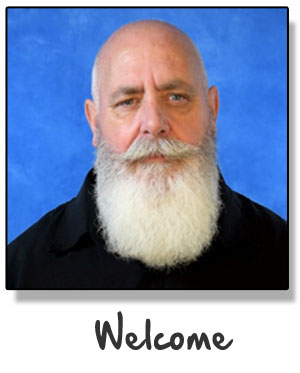